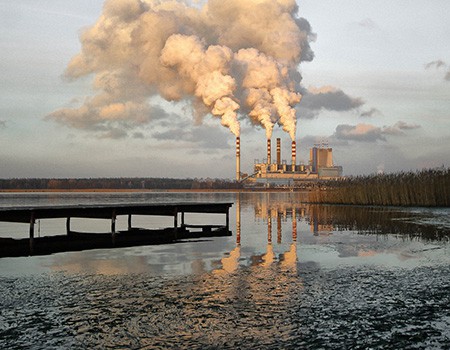 Fighting For Clients Across State Lines

Countless United States Marine Corps personnel, their families stationed there with them, and people that worked at the camp were unjustly exposed to contaminated water. This contamination exceeded standards by 240 to 3,400 times. Moreover, it occurred for over the span of three decades, from at least 1957 to 1987, whether people were simply bathing or drinking.

Imagine how much contaminated water a marine there may have drunk, especially during North Carolina’s hot and humid summers. The Agency for Toxic Substances and Disease Registry estimates six liters a day, three days a week, and three liters a day for the remainder of the week. Marines stationed at Camp Lejeune were there for a median of 18 months.

During this time, two of the eight water treatment facilities supplying the camp, Hadnot Point and Tarawa Terrace, were contaminated with Trichloroethylene (TCE) and perchloroethylene (PCE). These two chemicals were likely used as degreasers and solvents. Lamentably, investigators identified more than 70 chemicals in total.

Studies show that inhaling TCE depresses the central nervous system and has toxic effects on the liver and kidneys. Like TCE, PCE depresses the central nervous system. It dissolves fats from the skin, likely causing skin irritation, and is linked to pronounced acquired color vision deficiencies. The International Agency for Research on Cancer deems PCE as probably carcinogenic to humans, classifying it as a Group 2A carcinogen. It is not surprising that some who were stationed or worked there later developed cancer, among other ailments, very likely due to the Camp Lejeune water contamination tragedy.

A ten-year statute of repose that North Carolina had prevented individuals from filing lawsuits against the relevant authorities for damages due to exposure. People who had exposure in the decades prior to the official discovery of the contamination in 1982 had absolutely no way of taking legal action against the government for their damages.

Legislators did not meaningfully attempt to contend with this catastrophe until 2021 with the Camp Lejeune Justice Act. However, the nation finally addressed this wrongdoing when legislators repackaged the bill as section 706 of the Honoring Our PACT Act. President Biden eventually signed this act into law on August 10, 2022, permitting all who lived or worked on the base between August 1, 1953, and December 31, 1987, for at least 30 days to file a personal injury lawsuit. This finally makes way for the victims to potentially receive some form of compensation in the form of:

We Are Ready To Fight For You

Even though this happened in North Carolina, The Law Office of Reuven Epstein in Nanuet, NY, is prepared to help those affected by the disaster at Camp Lejeune to pursue litigation. Our Camp Lejeune lawsuit lawyers have extensively equipped themselves to that end, researching the catastrophe’s historical context and thoroughly reading through the newly passed law.

Contact us even if you are not sure someone you know suffered from being at Camp Lejeune during the relevant period. One of our Camp Lejeune Contaminated Water Claims lawyers will listen to your story. We want to help you escalate your case in the event it fits all of the law’s criteria and is actionable, ensuring you see justice.

Got Into An Auto Accident Now what?