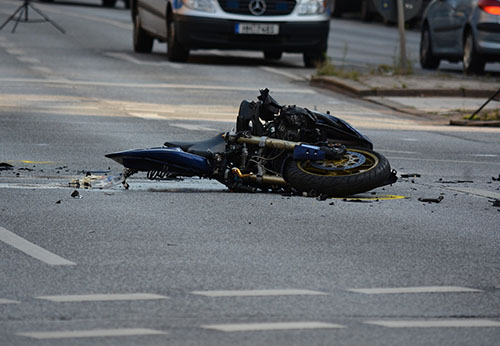 In this article, you will learn about…

What Are Common Causes Of Motorcycle Accidents Across New York State?

Because as a motorcycle driver you are more apt to be off-balanced, a motorcycle is a lot less stable than a car. Also, other drivers are less likely to see you riding a motorcycle than if you were driving a car.

What Are Some Common Injuries Sustained In Motorcycle Accidents In New York?

Some of the common injuries sustained in motorcycle accidents are head injuries, broken bones, broken arms, and broken ribs.

As a motorcycle driver, you tend to suffer from neck and head injuries. By being thrown off of the motorcycle, you are not as protected as drivers in cars, which then lends itself to head injuries.

Hopefully, you are wearing a helmet as required by law, which has been proven to decrease injuries. But if you are not wearing a helmet, then you are 84% more likely to have a brain injury or significant head injury.

Can I Recover Financially For My Head Injuries In A Motorcycle Accident Case If I Was Not Wearing A Helmet?

Because New York State law requires motorcycle riders to wear a helmet, the insurance company and their lawyers will take the position that your injuries are your fault if you were riding without one at the time of an accident.

If you choose to not wear a helmet and drive a motorcycle, you’re starting with a disadvantage. However, I wouldn’t say that you can’t recover financially. We at the Law Office of Reuven Epstein have successfully argued ways around this law.

What Evidence Does My Attorney Need To Help Gain A Favorable Outcome For My Motorcycle Accident Claim?

Evidence required in motorcycle cases is very similar to that of other personal injury cases, meaning we are looking to prove who was at fault for this accident. We look at who was in the intersection first, and we interview witnesses. It is not that big of an impact that it is a motorcycle accident, but documenting the evidence and doing that as quickly as possible is.

I Was Injured In A No Contact Accident When A Car Forced My Motorcycle Off The Road. Do I Still Have A Personal Injury Case Even If There Was No Physical Contact?

Physical contact isn’t required by law to have a personal injury case. But it complicates the situation when you don’t have it.

It’s pretty common when there is no contact for the driver of the car to know that they caused the motorcyclist to be injured. The car driver may also realize that something happened to the motorcycle.

Again, it is important to find evidence or witnesses who could say that it was the car that caused the accident, not the motorcycle.

Can I Still File A Personal Injury Claim If I Was Injured During Lane Splitting On My Motorcycle?

While lane splitting is not safe driving and does not put you in the best position to file a lawsuit, it doesn’t mean that you have no claim. Even if a motorcyclist does lane splitting, that does not authorize open season on them. So automobile drivers always have to act safely, responsibly, and not negligently. If they act negligently, then they would certainly have responsibility for at least a degree of fault.

What Are Common Defenses Used By Insurance Companies To Deny Or Limit A Motorcycle Accident Claim? 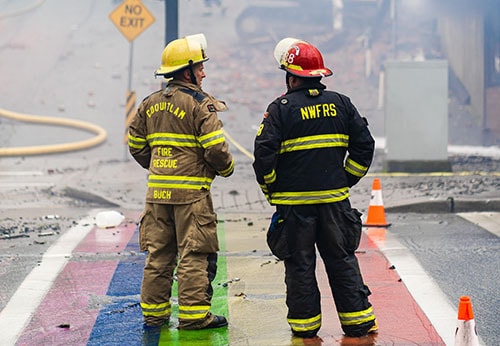 Insurance companies are not there to help anyone with their insurance and certainly not people who are in accidents. They do whatever they can to limit their obligations under the law.

In this situation, it means they try to point their finger at the motorcyclist and say that it was the motorcyclist’s fault. Ultimately, it doesn’t matter what the insurance company says. It’s about the evidence.

We need to have proof that you were driving properly, and be able to point to the driver of the other vehicle and say that driver was not driving responsibly and not acting the way a reasonable person should under the circumstances, which is negligence.

Will My Future Medical Costs Be Taken Into Account When Settling A Motorcycle Accident Case?

While New York State is a no-fault state, motorcyclists are excluded from that no-fault coverage.

In New York, when two cars are involved in an accident, medical bills are paid by each driver’s auto insurance, regardless of who is at fault, which is called no-fault Insurance.

No-fault insurance is a good thing for drivers in New York. Right after an accident, the drivers can get medical treatment without worrying about who was responsible for the accident. But there’s an exception to this rule for motorcycles.

There is no automatic coverage for motorcycle riders. If you are hurt, medical bills can add up. Even if your lawyer gets what they think is a good settlement based on your injuries, if there are a lot of outstanding medical bills that were not included in the settlement, then you are not going to be made whole.

What Factors Could Limit Or Minimize A Settlement In My Motorcycle Accident Injury Case?

The perfect case would be if you, the motorcyclist filing the lawsuit, did everything properly… Such as a case where:

In this “perfect case” the other driver did not follow the rules, and there are witnesses saying that he was speeding or ran the red light.

The opposite is also true. Even if the other driver might be doing something wrong, you also did something wrong, and that will minimize the percentage of liability for the other side and will add to your liability. Things that are considered wrong are if you’re not wearing a seatbelt or a helmet.

For more information on Motorcycle Accident Claims In New York State, a free initial consultation is your next best step. Get the information and legal answers you are seeking by calling (845) 208-2444 today.

Got Into An Auto Accident Now what?